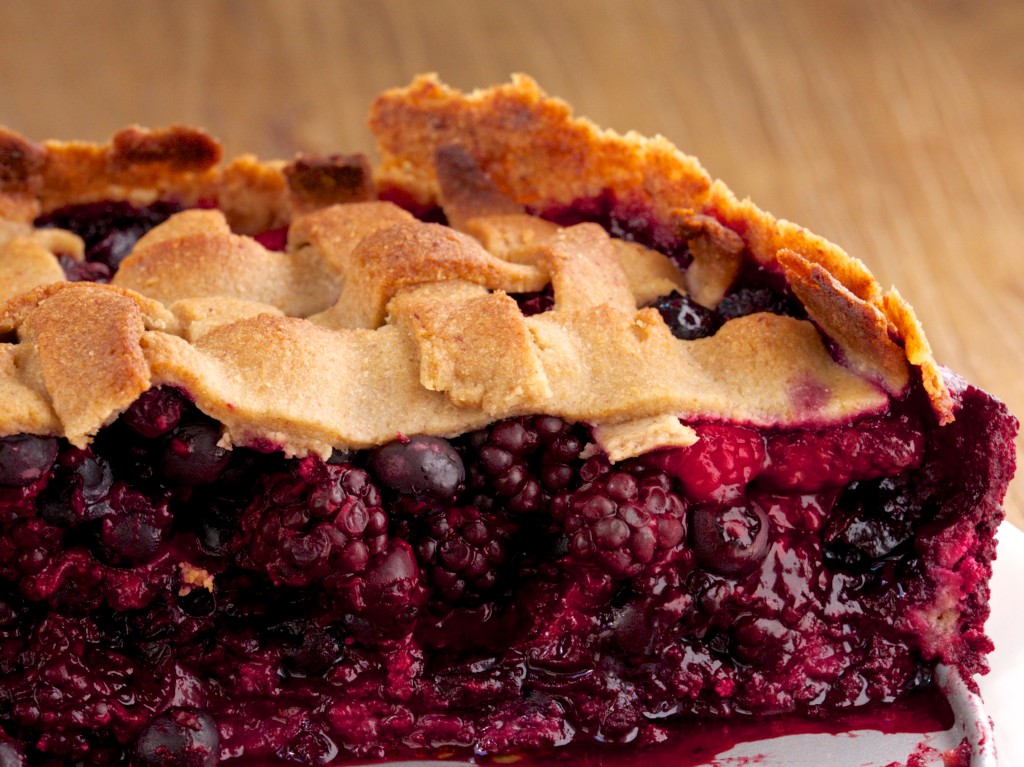 The best Summer dessert in the known universe.

I think there were a few forces at work.  Re the filling: I kept the berries to room temperature before beginning to work with them, so that there was no ‘sweat’ on the surface of the berries (as there would have been had they been refrigerated).  But, I coated them with lemon juice before adding the dry ingredients, so that the dry ingredients would cling evenly to each berry, vs forming clumps independent of the berries.  Which led to: 1.) a filling mixture that was not watery 2.) a coating around each berry to absorb most of the moisture released during baking.  As you can see and imagine, there was a certain degree of runniness to the filling after baking, but the more significant attribute was that it was thick and held up, even after the pie was sliced and even after 24 hours.  Re the crust: It was briefly baked before being filled, as most tart crusts are, but then it was allowed to cool twice – before being filled and before the sides of the pan were removed.  I also offer an educated guess that using cake flour and powdered sugar, vs all-purpose and granulated, allowed for a finer, smaller crust consistency that was more apt to hold it’s bond even when thinned out.  The egg yolk probably didn’t hurt the cause either.

This tart made for an incredible dessert, breakfast, and afternoon snack.  Plus, it was very pretty and inviting during our little party!  About half of it now sits in our freezer, waiting for the day in September when there are no more fresh berries, overages at the farmer’s market, flash sales at the store or otherwise!